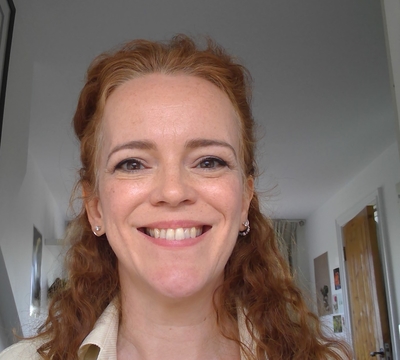 Esther has been a health psychologist for 12 years, initially working in cardiac care both in service improvement and psychological interventions for patients, later going on to a career in academia.

Her early research was in chronic pain and its effect on doctor-patient communication. Esther has previous experience in psychological intervention in cardiac care and training NHS staff in communication skills.

Since being invited to present on the topic of Moral Injury at the Institute of Pre-hospital Care Performance Psychology Symposium in June 2017, Esther has been invited to present at national conferences for both staff and students. These include Oxford Region Intensive Care Society, the National Undergraduate Pre-hospital Care Conference, BASICS regional conferences in the Midlands and Northwest, PHEM Feedback, and she was a plenary speaker at the Intensive Care Society State of the Art Conference in London.

Esther is the first researcher in the UK to explore the concept of moral injury in medicine, and will be presenting her findings and delivering a workshop at the 16th Hawaii International Summit on Preventing, Assessing & Treating Trauma Across the Lifespan. Esther also delivers training on the topic to London Ambulance Service’s Advanced Paramedic Practitioners, the Counter Terrorism Specialist Firearms Officers of the Metropolitan Police and is a regular contributor to London HEMS Clinical Governance Days.

Esther has recorded podcasts for online medical education such as St Emlyns and for the London Advanced Paramedics and for East of England Ambulance Service.

Esther delivers wellbeing workshops at the Royal London Hospital for staff in theatres and at the Royal College of Emergency Medicine and the Intensive Care Society.

Esther has been commissioned by Wiley Blackwell to co-edit a book on the mental health of healthcare professionals with her colleague Professor Jo Brown. She is a member of the Faculty of Pre-hospital Care’s Project CARE working group, creating guidelines for the psychosocial wellbeing of those working in pre-hospital care.

Esther has recently published a paper on mental health care for medical staff and affiliated healthcare workers during the current pandemic.

webinar 005 - how to thrive in adversity: resources for the orthopaedic surgeon