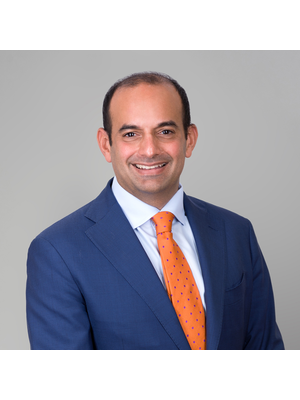 Mr Montgomery is Clinical Lead for Spinal Surgery at The Royal London Hospital (Barts Health) and has led the department since setting up the unit in 2012. He has overseen the growth of the department to a large multidisciplinary team which treats major trauma, acute and degenerative conditions, complex deformities, tumours and tuberculosis. Barts Health is now the largest spinal trauma unit in the UK, and serves a population of more than 5 million people.

Mr Montgomery has a keen interest in innovation within spinal surgery. He uses minimally invasive and other modern techniques such as robotics, and is involved in developing future technology which will be used in spinal surgery.

Mr Montgomery has a strong relationship with the best rehab specialists in London and is a firm believer in the benefits of movement, exercise, Pilates, and strength and conditioning. He is involved academically in physio led Pilates and strength and conditioning based research. He uses this in his practice not only to help prevent surgical intervention, but also to optimise patients before and after surgery, and guide them to their activity goals.

Mr Montgomery is an honorary senior lecturer at Queen Mary University and has presented across the globe from the USA to Europe and Australasia. He has been regular faculty for AO Spine Middle East and has chaired conferences on minimal access surgery in the region. He won the best presentation poster award at the International Society for Study of the Lumbar Spine (ISSLS) and has featured in both Spine News International and the London Evening Standard on a number of occasions.

He was invited to present at a global symposium in Philadelphia (Rothman Institute) and has recently published a systematic review in the highest-profile orthopaedic journal in the world (JBJS America). This year his presentations include those at The North American Spine Society, Global Spine Congress, and British Spine Societies. Mr Montgomery’s team were the first to perform Robotic-assisted spine surgery in the UK in 2019 and continue to be involved in this and other research innovations.